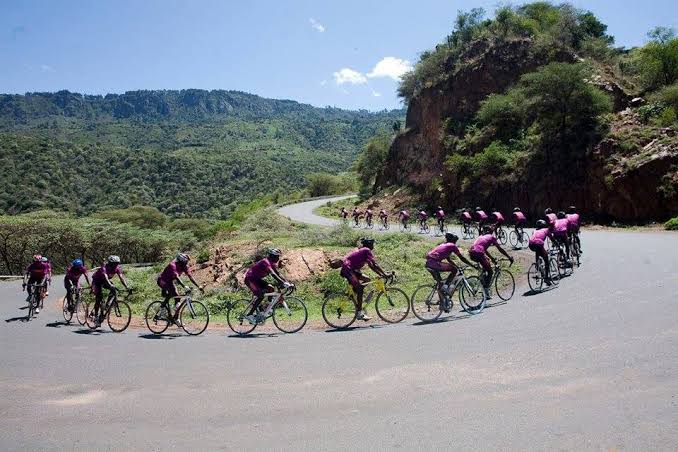 The Kenyan-born cyclist Chris Froome emerged in the early 2010s as one of the top road racing cyclists in the world, breaking through with runner-up finishes at the 2011 Vuelta a Espana and France before winning a bronze medal in the time trial at the 2012 Olympics and the 2013 Tour de France, becoming the first African-born rider to win the race. Froome rode as a Kenyan before switching his nationality to represent the United Kingdom before the 2008 Tour de France. He took his second Tour win in 2015 and a third the following year, followed by another time trial bronze at the 2016 Olympics. Froome was mentored by Kenyan professional cyclist David Kinjah in his early years.

A Kenyan cycling team, the Kenyan Riders, was founded in 2009 by Singaporean photographer Nicholas Leong after seeing Kenyan runners dominate the Singapore Marathon. In 2016 the Kenyan Riders merged with Pro Team Down under to form Kenyan Riders down under, the first UCI Continental  team to be registered in East Africa. René van Velhuijzen promotes a 1000km Safari Oriented bicycle tour, thus drawing mountain bikers to Kenya for a life enriching experience.